C turns 1 today, and I can’t believe how quickly the last year has flown by.

We’re throwing her a little party tomorrow with a few family members, and we’re keeping it low-key.  She’s too little to know what’s going on, and as long as my mom is there, she’ll be a happy girl.  We decided to forgo a birthday theme and just keep it simple.  Or, The Office-style, the theme is: It Is Your Birthday. 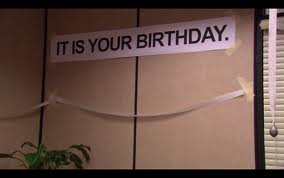 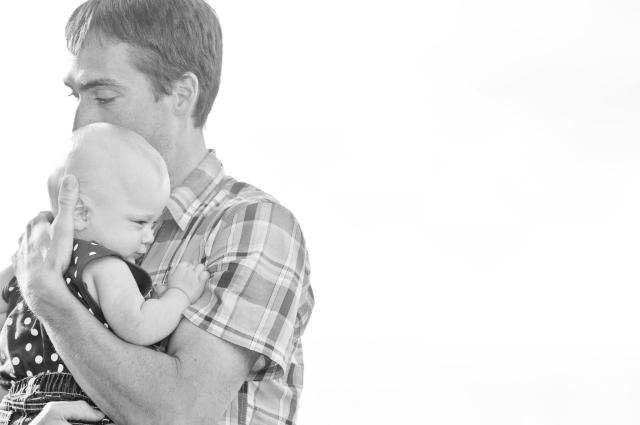 I think Pete and I have been doing a good job of keeping up with our lives and interests while figuring out this parenting business.  But do you know what I haven’t been doing lately?  Travelling.  And I probably won’t be doing much of it for a while.  Pete is completely averse to travelling with a baby.  In the meantime, I’ve decided to cope with my travel fever by blogging about some of our trips.

Pete and I fell in love with Havana when we went there two and a half years ago. I had been to Cuba before, but never to Havana.  Big mistake.  Havana is magical. 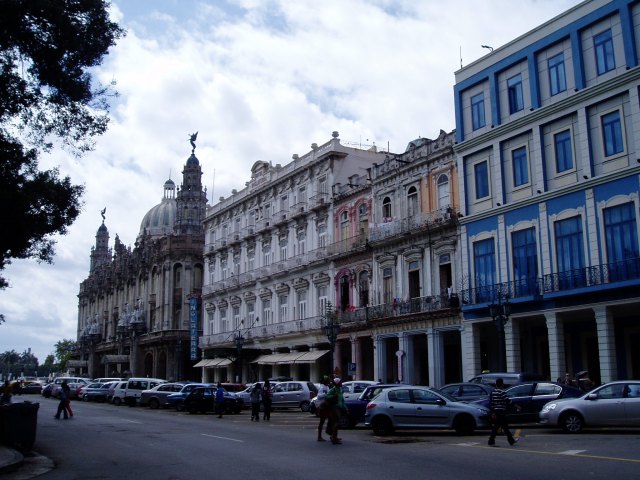 Here are some reasons why:

1) The people.  I know this may seem cliche, but I really mean it.  Cubans are friendly, warm and welcoming people.  And when they are sure no one is listening, they’ll tell you what they *really* think of the brothers Castro.

2) Cheap, delicious pizza.  Cuba is not known for its food.  But in Havana, we found a little pizza place (which was someone’s house with a little window open to the street) where we could buy yummy little personal pizzas for the equivalent of thirty cents Canadian.  I think that was the moment Pete fell for Havana. 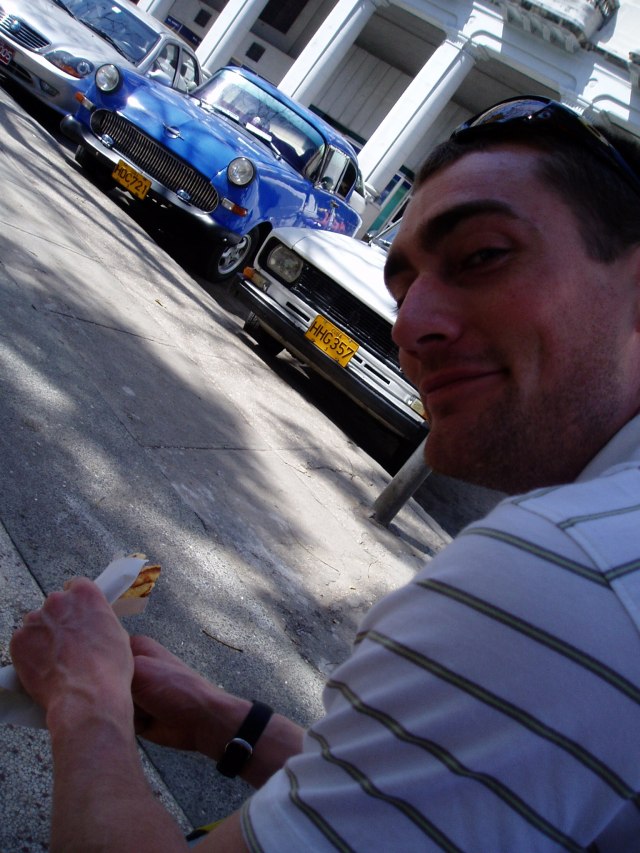 3) Safety.  I’ve never felt as safe in a large city as I did in Havana. 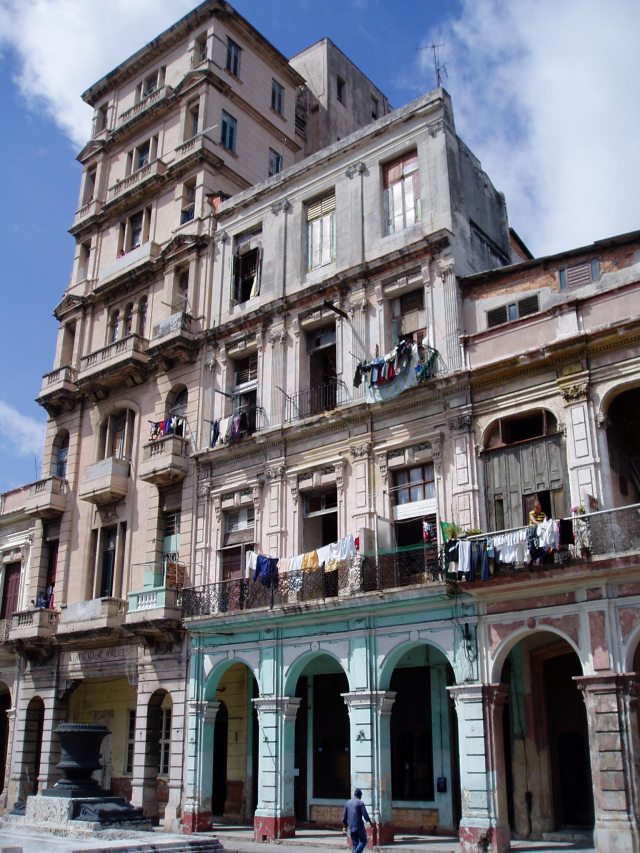 4) Old Havana.  It’s simply gorgeous.  But of course, if you only see Old Havana, the very well-preserved and tourist-friendly portion of the city, you’re really missing out. 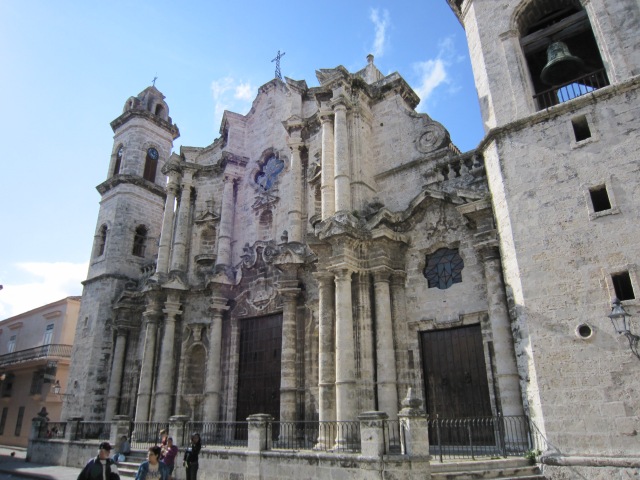 5) Cristobal Colon Cemetery.  When we toured the cemetery, we were the only ones there, which made it seem even more peaceful and serene (or creepy, according to Pete). 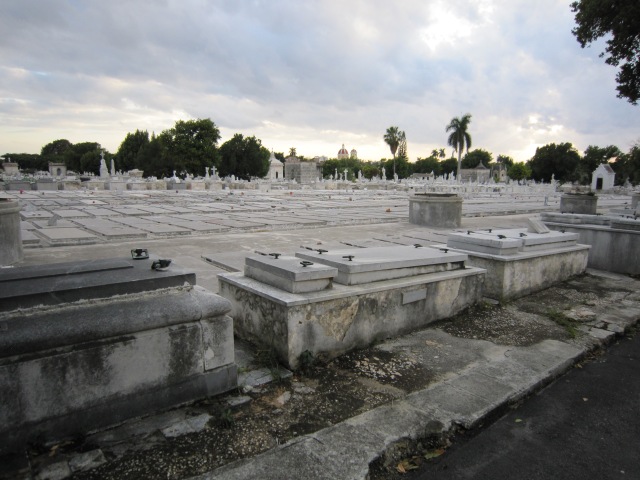 6) Revolution Museum.  The museum is housed in the former Presidential Palace, which was stormed by the revolutionaries who ousted President Batista and installed Fidel Castro.  It’s hard to describe the Revolution Museum in a quick blurb, but I’ll try.  The museum will leave you in no doubt that the former regime of Fulgencio Batista was terribly corrupt and brutal (his jewel encrusted gun sums it up nicely), but the museum’s efforts to convince you that the current government has fostered nothing but happiness and prosperity are unconvincing, to put it diplomatically.

Also, just in case you aren’t aware, the Cuban government is not a big fan of Ronald Reagan.

The Revolution Museum has a “Wall of Cretins”

7) Mob history.  Before we went to Cuba, Pete gave me a book called Havana Nocturne: How the Mob Owned Cuba and Then Lost it to the Revolution.  It details the role of the mob in Havana before the Revolution.  I highly recommend it.  If you’re interested in the mafia, in the Cuban Revolution, or are a fan of The Godfather (especially Part II), you’ll love it.

8) The Russian Embassy.  How menacing is this building?  In a completely over-the-top, Cold-War sort of way, of course.  We had a view of the embassy from our hotel and Pete thought it looked like an angry Transformer. 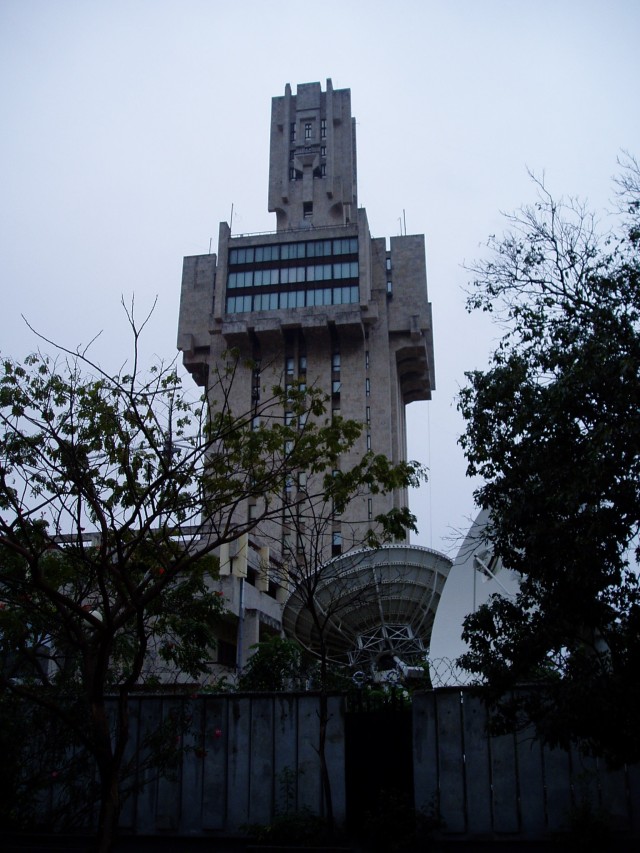 Some Cubans think the Russian embassy looks like a syringe. I can see it.

9) Cheap pizza.  Pete insisted that I put this in here twice.  That’s how much he enjoyed the delicious, homemade, 30 cent pizza.

10) Tie! Revolution Square and  La Cabana Fortress.  Sorry about the tie, but it became necessary when I was forced to mention the pizza twice.  Revolution Square, with its giant statue of national hero Jose Marti and famous portrait of Che Guevara, can’t be missed.

The 18th century La Cabana Fortress is the largest fortress complex in the Americas.  It boasts a beautiful view of the city and a lot of interesting exhibits, including one focusing on Che Guevara’s place in the fort’s history.  He oversaw tribunals and executions during the Revolution.

Every night at 9:00 pm, there is a ceremony re-enacting the old tradition of firing a cannon to signal the closing of the city walls. 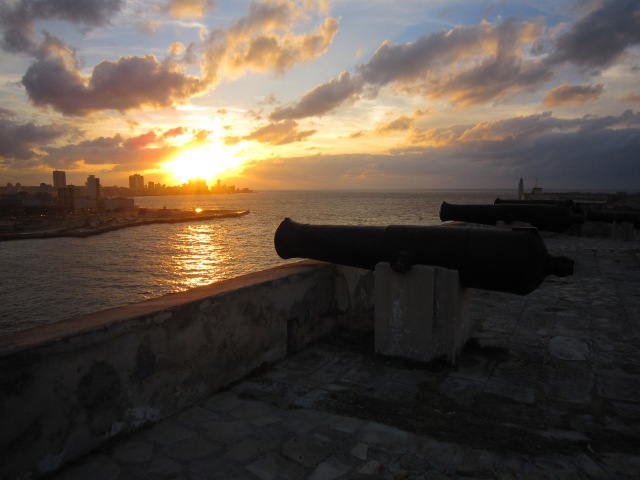 View from the fortress

Honourable Mention: Pete wanted me to mention that we took a cab into the city centre one day and when the cab driver opened up the glove compartment, there was a half-empty mickey of rum inside.  It’s the little (slightly terrifying) things that remind you that you’re not in Canada anymore.  Pete apologizes for the lack of photographic evidence.  He wasn’t quite quick enough with the camera.

* I apologize for the lack of proper accents in this post.  My keyboard is not cooperating.

This isn’t going to turn into a food blog, mostly because I’m not a very good cook and though I’m an enthusiastic baker, I’m far from a pro.  But I got a lot of great feedback from my homemade granola bars post, so I thought I would share one of my favourite recipes.  Bread pudding is simple but delicious, unassuming but comforting.  Whenever I bake it my relatives seem to come out of the woodwork. 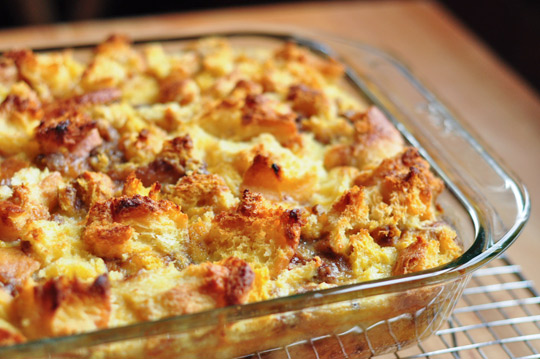 This recipe is one I’ve adapted from my favourite cookbook, the unimaginatively yet aptly titled Cookbook ’78.  It’s one of those cookbooks compiled by a volunteer association.  This one from my hometown of Penetanguishene, Ontario.  I borrowed (or stole) it from my mom, and I use it all the time.  It’s a gem.  I’m being serious when I say this, because I love tons of recipes in this cookbook.  It also functions as a fun little time capsule.  I had no idea how much people loved to cook with Velveeta in the ’70s.

So here is the recipe:

Pack brown sugar in bottom of a baking dish, cut or break buttered bread into small pieces and place buttered side down on sugar.  Mix eggs, milk and vanilla.  Pour over bread.  Sprinkle raisins and cinnamon (optional) over bread pudding.  Place in preheated oven (300 degrees F) for 40 minutes or until puffy and light golden colour.  Serve warm.

I’ve been doing a lot of baking lately and my homemade granola bars have been a big hit.  A few people have asked me to share the recipe so I’m posting it here.  I’m sharing it despite Pete’s protests.  I’m not sure why he wants me to keep my recipes a secret.  He’s a pretty generous person in general, so why he wants my recipes to remain as shrouded in secrecy as Dick Cheney’s undisclosed location, I do not know.  Men are mysterious.

Here it is.  It’s simple, but very delicious.

Mix dry ingredients in a large bowl.  In another bowl, blend peanut butter, honey, melted butter and vanilla and then add to the dry mixture.  Stir in dates or chocolate chips.  Press into a greased pan and bake at 325 for 20 minutes.  Take out and let cool before cutting into strips or squares.  Enjoy! 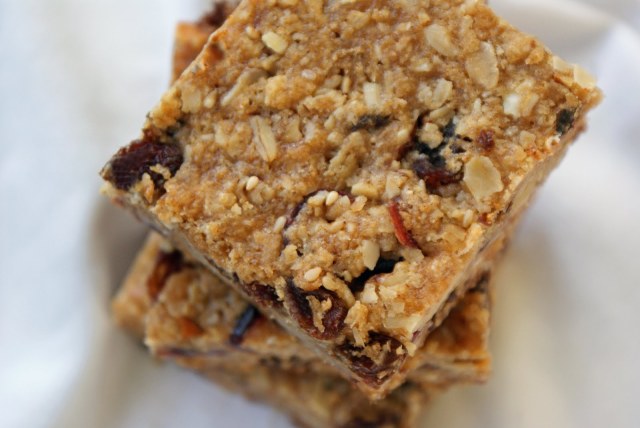